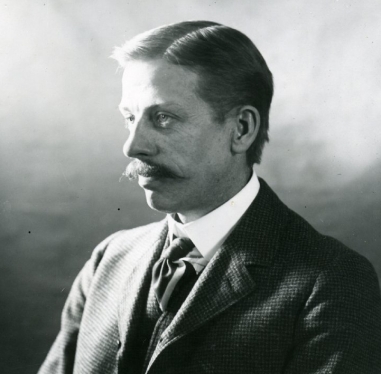 Self portrait by Charles E. Moody

Charles E. Moody (1859-1915) was the son of Samuel F. Moody and Mary E. Spencer of Saco, Maine. When Charles was 12 the family moved to Newark, New Jersey and lived there off and on for the next 30 years. In New Jersey Moody worked different jobs, including painting and clerical work, and used his earnings to purchase photography equipment and supplies which he used with often stunning results.

Moody, as an amateur photographer, shot all around New Jersey and New York, as well as the Saco and Biddeford areas back in Maine. He shot people and places, sometimes posed, sometimes natural, and experimented with composition and portraiture. He moved back to Maine for good sometime after 1910, affected by ill-health, and operated a studio out of his home–first Scamman Street and later Spring Street–until his death in 1915.

In January 2011, McArthur Library and Dyer Library/Saco Museum joined together to offer an unprecedented look at the beautiful work created by this unsung artist. The show, “Unconventional Portraits: Photographs by Charles E. Moody” ran through February 2011 and offered a never-before-seen glimpse at Moody’s impressive catalog of work, culled from the collections of the two institutions. A beautiful exhibit catalogue was produced for the show, and can still be purchased online at lulu.com.