Posted on February 11, 2014 by McArthur Library 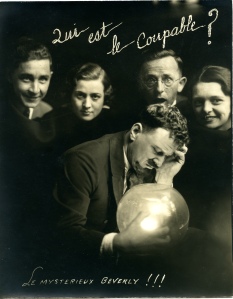 For nearly forty years Joseph Jovite “J.J.” Salvas was actively engaged in the staging and direction of amateur theatrical productions. His companies were made up largely of Biddeford people, and they played to enthusiastic audiences in Biddeford and throughout New England. Felix Coulombe (his cousin, Conrad, as well as Mr. and Mrs. John B. Joncas), were amongst the many active members of this vibrant local theater community.

The photographs, posters and programs in the collection reveal some of the players and the well-known plays in which they appeared.

This site uses Akismet to reduce spam. Learn how your comment data is processed.